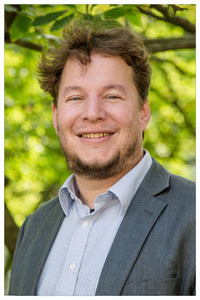 Director of the Niels-Bohr-Archive, Copenhagen

Many-body Physics and Transfer of Knowledge Within Postwar Physics, ca. 1950-1970

Based on several case studies, this project is aimed at uncovering and analyzing the mechanisms of knowledge transfer between the emerging subdisciplines of physics in the period ca. 1950–1970.

Physics as a discipline underwent momentous changes after World War II. Many of today’s subdisciplines of physics (such as elementary-particle or solid-state physics) emerged and gained institutional footing during the late 1940s and the 1950s. Also intellectually, the entailing specialization of physicists led to the emergence of a variety of diverging research practices. Nevertheless, the unity of physics—embodied by the foundational role played by quantum physics across various subdisciplines—was rarely questioned by the actors, despite the increasingly differentiated range of concepts, methods, and techniques employed.

The project explores this inner tension in the history of modern physics by studying the role of processes of knowledge transfer within postwar physics. It focuses on the history of the then-emerging research field of (quantum-field theoretic) “many-body physics,” a hybrid field that attracted physicists from various subdisciplinary backgrounds in the 1950s and 1960s and enabled the exchange of knowledge without itself ever gaining subdisciplinary status.