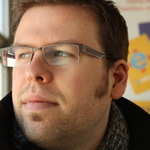 Mapping Climates and Climatology. Cartographical Practice in Wilhelmine and Weimar Germany and the Humboldtian Science of the Köppen-Wegener Family.

My research project focuses on the emergence of climate science as a supra-discipline in a time of imperialism and during the boom of commercial cartography. I will concentrate on Germany during the reign of Wilhelm II and the Weimar Republic (1888–1933). At Munich I intend to study the scientific practice, both in the library and in the field, of Vladimir Köppen (1846–1940) and Alfred Wegener (1880–1930). In the history of the earth sciences Wegener is considered the ‘father’ of modern geology, thanks to his theory of continental drift. His father-in-law Köppen, who almost lived twice as long, is at the same time known as the ‘father’ of modern climate classification. The proposal forms the first phase in a larger research project on the global role of imperialism and map production in the emergence of academic disciplines in the late nineteenth and early twentieth century in Germany.