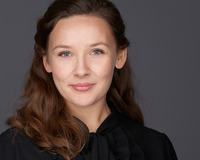 Much has been written about how Sociobiology pitted two camps of biologists against each other on moral, political and scientific grounds in 1975: The Sociobiologists, led by E.O. Wilson, hoped to build a new discipline and encountered vocal critics, many like Richard Lewontin and Stephen Jay Gould with a Marxist background, attacking them as genetic determinists and naive reductionists. This conflict within biology, as well as the accompanying media coverage, has drawn most of the attention and the controversy surrounding Sociobiology is still commonly seen as a mere expression of the political tensions of the 1970s. However, this exchange is only the beginnig of a much broader academic debate that continued into the 1980s and even 1990s. With passages such as „It may not be too much to say that sociology and the other social sciences, as well as the humanities, are the last branches of biology, waiting to be included in the Modern Synthesis", Wilson's book questioned the validity of existing disciplinary boundaries.

This project examines the long term effects sociobiology and the debates surrounding it had on bordering disciplines such as anthropology, psychology, sociology and philosophy. It contends that the controversy should not only be seen as a political conflict, but as a competition between disciplines negotiating about where the borders of their territories are drawn. The point of contention in this debate in its core deals with claims of scientific legitimacy and authority: Which discipline can, should and must explain human social behavior using its distinct disciplinary methodological and theoretical framework?

It is almost impossible to keep track of the flurry of publications regarding Sociobiology: the edited volumes, conference proceedings, monographs and articles fill tens of thousands of pages. Many of them not only debate the possibilities and limitations of evolutionary explanations for human social behavior, they also contain what Thomas Gieryn termed boundary-work: They aim to convince the reader of the validity and legitimacy of a given discipline or to discredit the approaches and results generated by a disciplinary competitor. By tracing these publications and their reception in reviews, we can not only ascertain different strategies of discplinary competition, but trace the disciplinary development of the rising field of evolutionary social science.